With a $4 Million net worth, holding the world record of clicking 10,000 shots of 122 models in 10 hours and 45 minutes, and the Founder and CEO of ImagesBazaar ‘Sandeep Maheshwari’ is the highest caliber Photographer, Entrepreneur, and Public Speaker.

Sandeep Maheswari belongs to a middle-class Indian family. He was among the Top Ten Indian Motivational Speakers in the World who have achieved success with their struggle, ambition, and determination. He is well known for his excellent entrepreneurial speeches and photography skills. He is the Founder and CEO of ImagesBazzar. Sandeep launched ‘ImagesBazzar‘ in 2006, and now Imagesbazzar has become the world’s highest collection of Indian Images and has more than one million stock images and over 7000 customers in the World.

Sandeep Maheshwari is an impatience man, but this is not his flaw, it is the secret of his success. He doesn’t like to wait. He wants to get at once what comes to his mind. He believes that if you are intent on something with determination, nobody can stop you from becoming a successful man. In a seminar, Sandeep told his story of becoming a successful man in life.

He says that In 2003, I started photography as a professional photographer. In the beginning, I was not a famous photographer. I used to make portfolios of models for 3000 to 4000 rupees. Most models returned and complained to me, “The directors do not accept a local photographer’s portfolio. They demand popular photographers’ portfolios.” I became so disappointed, and I understood that without fame no name. After two months, I went to Limca Book of Records and met ‘Vijya Gosh Manager Director of Limca Book of Records.’ I asked him, “How can I make a world record in photography?” She replied, “If you want to make a world record in photography, you click 10,000 shots in 12 hours without a pause.”

I came back to my friends and told them the whole story. They said, “This is impossible. You cannot do it.” I told them that I would do it. I announced an offer that I would make a portfolio of models for only 500 rupees. Hundreds of models contacted me, I hired 122 models, and I clicked 10,000 shots in 10 hours and 45 minutes and made the world record.

Creative Entrepreneur of the Year

Sandeep Maheshwari as a Motivational Speaker

Sandeep Maheshwari is a motivational speaker. He has been motivating the young generation through his Youtube channels. With a strong determination of changing failed people into successful society, he always uploads new, energetic, and motivational content.

He invites successful entrepreneurs, motivational speakers, and YouTubers to share their success stories. Sandeep started his Youtube career in 2012 with the name ‘SandeepMaheswari’ Youtube channel. Till now, he has uploaded more than 520 videos. Moreover, he has more than 25 million subscribers on the ‘SandeepMaheswari’ Youtube Channel. With the appreciation of millions of viewers, Sandeep launched his second Youtube channel with the name ‘SandeepMaheshwariSpirituality’ in 2015. He has uploaded 137 videos and has had 1.5 million subscribers till now.

ImagesBazzar (a problem that became a business)

Sandeep Maheshwari was interested in modeling since his college days. After his incomplete college education, Sandeep joined the modeling school. When he went to become a model, he saw the struggle and identified a need. Models used to spend on photoshoots, and the company needed photos for their business, but these two were not connected.

So in 2006, Sandeep Maheshwari launched his website named ImagesBazzar, where models or photographers would upload photos on the ImagesBazzar website. They set a specific price for uploaded pictures as their commission. Today ImagesBazzar has become the largest collection of Indian images in the world. ImagesBazzar is a great successful site of Sandeep Maheshwari, and it has been earning up to 30 million rupees yearly.

Sandeep Maheshwari is the only son of ‘Roop Kishore Maheshwari and Shakuntala Rani Maheswari.’ He was born on 28 September 1980 in New Delhi, India. He got his early education from a government school in Delhi and passed the matriculation with distinctive marks. After matric, he went to Kirori Mal College (University of Delhi, Delhi, India) and passed out the intermediate with more than 75% marks. Sandeep Maheshwari continued his graduation from the same college, but unfortunately, he could not take the exams and dropped out the college.

Sandeep Maheshwari was a shy boy in his childhood. He did not like to make friends. Sandeep has only one friend in his school life. He always remained with him and never talked to other fellows. He did not have a girlfriend. When Sandeep went to Kirori Mal College, he saw Ruchi (his present wife). Sandeep fell in love with Ruchi at first glance, but he was afraid to tell her his feelings. One day, Sandeep purposed to Ruchi and she accepted his proposal. They became good friends as well as lovers. They went on date and make a lot of fun. Later on, they got married, and now they are spending a happy life. They have two children Hariday Maheshwari and Neha Maheswari.

Sandeep Maheshwari started to earn a livelihood when he was in school. His father dealt with aluminum that collapsed, and Sandeep started to work to support his family. At the age of 19, he went to a modeling institute and wanted to become a model. In the modeling industry, he found out that there was too much harassment and sexual fear. Sandeep did not like that and left the modeling. Sandeep had become intellectual, creative, and brainstorming.

In 2002, he joined a sales company NIS (National Institute of Sales and Marketing). He was earning almost 70-100 thousand rupees, and suddenly Sandeep decided to open his own sales company. he developed a calling company with his friends, but that did not work and they closed it within six months. Though it was a big disappointment for a young boy, Sandeep did not lose heart. He wrote a book on the subject of ‘Sharing’ at the age of 21.

Sandeep faced defeat simultaneously, but he bounced back with more powerful determination. Now he opened a photo shop and started photography for models. Sandeep’s business was not growing because he was not a famous photographer, and models complained to him that directors do not accept his portfolio. He did not like the bad feedback and decided to make a world record in photography. He went to Limca’s Book of Records, confirmed a final date of photography, and make the World Record of Photography in 10 hours and 45 minutes.

3- Young Creative Entrepreneur Award by the British Council, a division of the British High Commission

Sandeep Maheswari’s Bio at a Glance

Net Worth, House, Favorites, and Cars 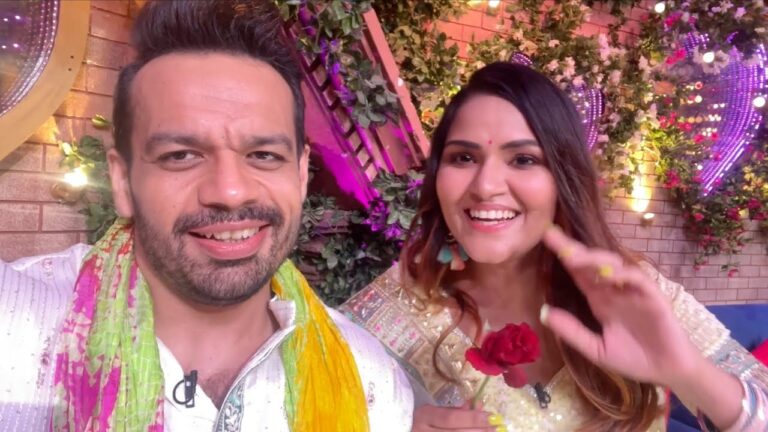